Grow RPG 2 is a DS homebrew turn-based game, inspired by the Legend of Zelda series, where you can evolute objects on a planet by using different items in order to achieve the goal. The gameplay is an adaption of Grow RPG and Grow Cube, which both are orignal flash games by EYEMAZE.

It is participated to the Dev-Fr.org Compo 2007 sponsored by DS-X, ranked 4th in the Game section.

Each element will evolve with time and interaction with other elements, the best combination will lead Link to success, others will send him in a deadly adventure.

Touch the element to set-up, watch the evolution, try to find out how evolution works. You can fast forward some animations by holding the stylus pressed.

These are the objects that will be available. When you put them all, Link will use them accordingly in the order in which you put and how they evolved.

These will be the devil's tricks so that you don't get to him. He always performs them in the same order, so it won't be difficult for you to anticipate his movements.

Stylus - Select in menu, Choose object to be placed 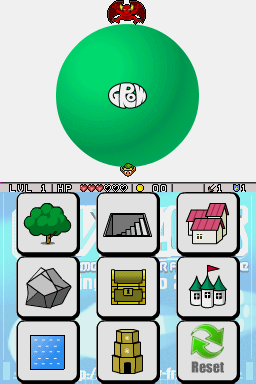 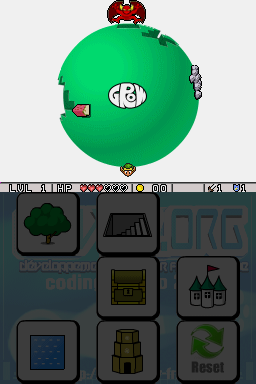 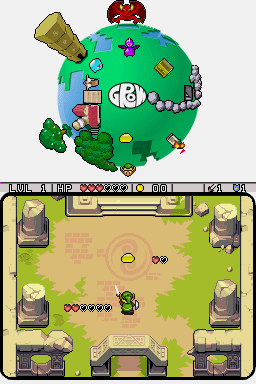 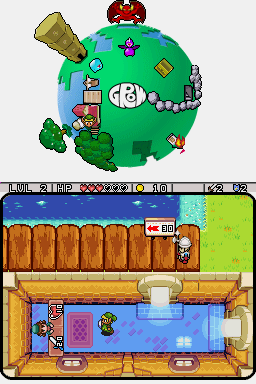 If touching buttons too fast, you will be forced to reset the game.