Fuzed DS is a homebrew puzzle platformer for the NDS. The game contains 16 levels and is described as a combination of Solomons's key, Moai Kun, Mario and Bomberman.

Copy .nds file to the root directory of the card.

You're a blue-bombing-magic-wielding-beer-bellied-bad-ass-creature. Rescue all the Pink Snipes and go to the exit.

Choose Run Demo on the title screen to see the gameplay.

Select - Give up on a level 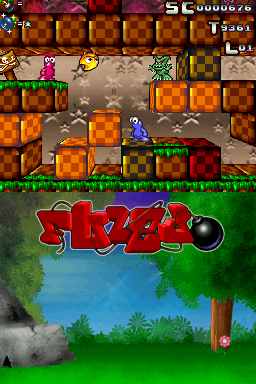 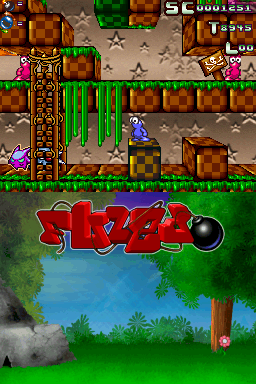 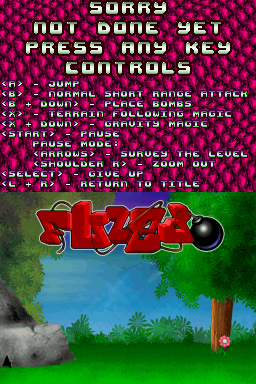 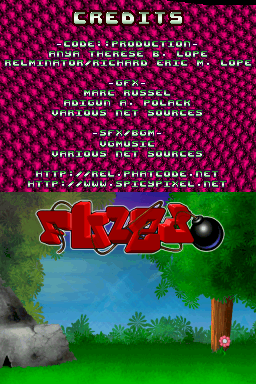 Works on emulators No$gba and DeSmuME.