Futrino is a 2D indie maze-based shooter for the 3DS. It is a sequel to a game made in 2015 by Jayenkai, which was loosely based on the 8-bit classic Cybernoid.

Fly around the maze in your bubble-bot vehicle, blast your way through the maze to gather up all 3 hidden floppy disks, then taken them back to your hub.

Your primary weapon is a simple little lazer, but you also have a selection of 4 other weapons that you can gather up ammo for, along the way.

Use your secondary weapons sparingly as you explore, and beware of all the baddies.

Keep enough distance between you and the barrels that you aren't ambushed. 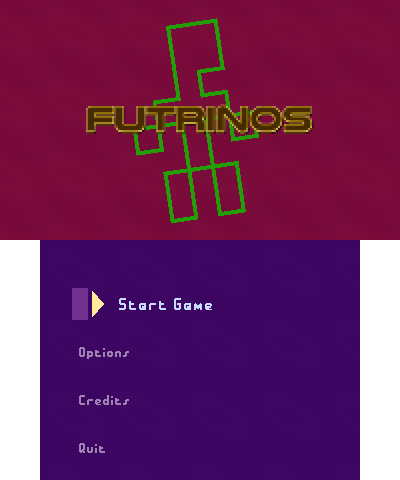 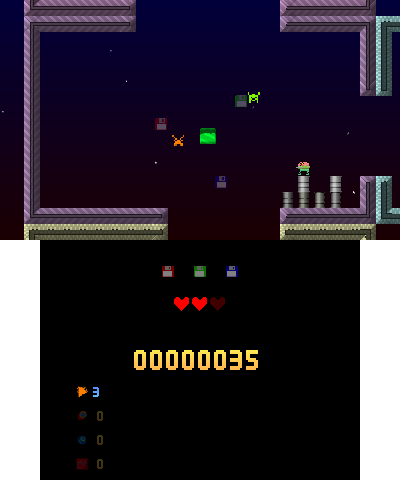