FP-Project is a Frozen Bubble Clone for the DS. It is a bubble popper puzzle game where you shoot balls/bubbles in an attempt to survive. Backgrounds come from vacation photos of the author.

It was an entry for the NEO Summer Coding Contest 2006.

The objective of the game is to match at least 3 balls together (same color) and then all the balls below them (including the matched balls) will fall off the screen. 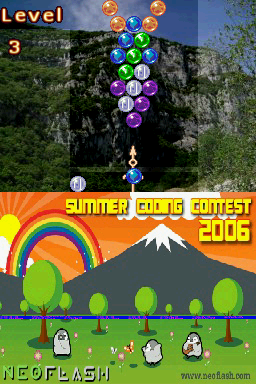 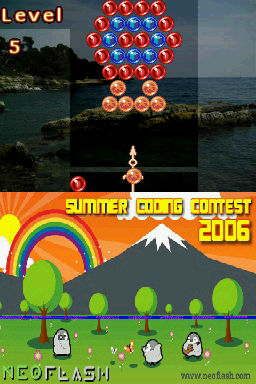