ExInjector is a tool that can inject original exheaders into repacked roms. This solves about 90% of all compatibility problems with repacked roms, since issues usally come from exheader settings.

You no longer need to spend time tweaking RSF files. Get any good RSF file and you just have to set the obvious settings, such as BasicInfo, CardInfo and Options. Leave the rest as is and build with any -desc template.

Inject the original exheader and you always get a flawlessly repacked rom. It can also make any rom work from the SD and spoof firmware requirements as if the game was made for v4.0 (won't make the most recent games work however).

It works via command line, you can include it into your batch scripts but you can also double click the exe and it will ask you for the files.

There is also a new feature: it can make any game work from the SD card, but only if your rom isn't encrypted.

Remember you need to extract the exheader with ctrtool. If you dump it with 3DSExplorer it won't work.

Below is an example of repacking Animal Crossing into a functional CIA file: 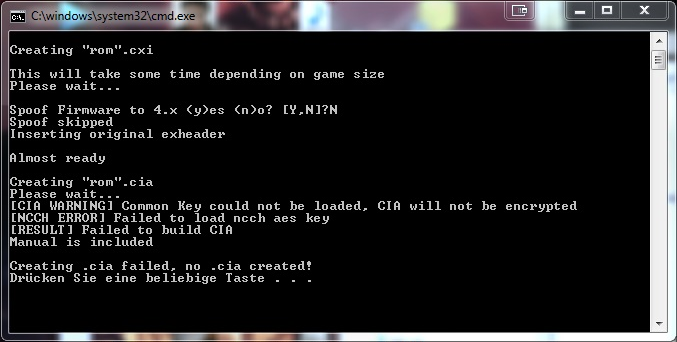 This method was originally discovered by ground.