Everlasting Love is a combination between a 2D platformer and a rhythm game for the NDS, in which you have to adjust your jumps according to the music.

Control a little monkey through stage:

In addition to the music, the beats are visually represented by the head movements of the monkey:

Note: There's a hidden passage way somewhere in this level.

Left/Right - Move during a jump

A - Jump (height of the jump depends on your rhythmic accuracy) 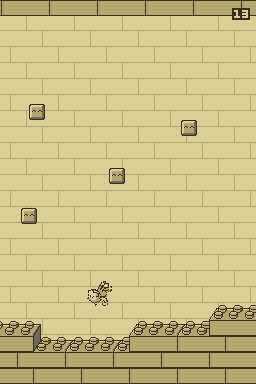 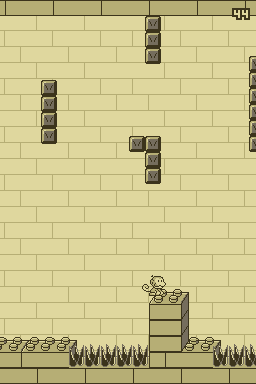 Due to technical reasons (sound bug with PAFS in the current version of PAlib), the first level is not included in this release.

The song played during game, Everlasting Love, is taken from the original soundtrack of We ♥ Katamari.