DrugWars DS is a remake of the classic DrugWars played on several platforms. It is a text rpg where you play a drug dealer who needs to make quick cash and pay off the loan shark. City images and effects with dual backgrounds are added. This uses LibFB to render its text, backgrounds, and sprites.

It was an entry to the NEO Coding Compo 2005 and was ranked 9th.

Starts out with some money and a loan to pay off. The amounts differ based on the difficulty. Based on options, you have 30, 60, or 90 days (based on selection in options) to pay off the loan and make as much money as you can as a drug dealer.

Certain random events can happen that affect your health, inventory, or the price of drugs currently. Do not underestimate the power of keeping money in the bank, but be careful as the feds have been known to seize accounts.

When the game is over, your total score of money on hand as well as money in the bank will be displayed.

A - Advance to next menu, Confirm options

B - Go back to previous menu

Down - Subtract 1 drug to buy/sell, -$20 to deposit/withdrawal

If you forget a control mid-game, they are listed at the bottom of each screen. 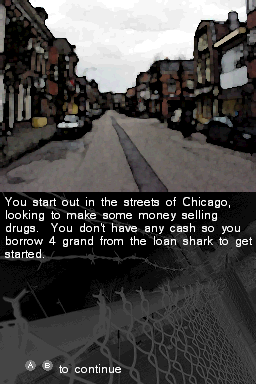 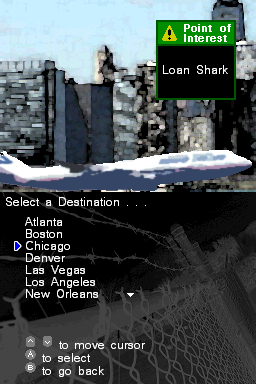 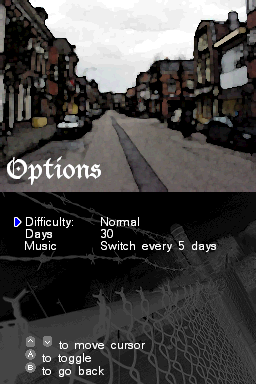 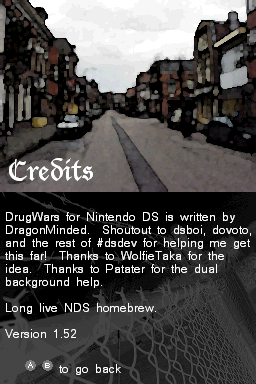 Recommend playing this on the hardware, compatible with a flashed firmware via Wireless MultiBoot.

The framebuffer library and the game is written from scratch, using only memory as to how the game was played, and some statistics off of the DEA's page on current drug prices.