Coverflow is a PSP application created by sony_psp-player, an MP3 player that allows users to view album covers in the style of Cover Flow (an animated, three-dimensional graphical user interface element from Apple Inc.). It plays Mp3's at 30 MHz.

It was participated in the Neo Spring Coding Compo 2008 (PSP Applications).

Copy the folder Coverflow to /PSP/GAME/.

Be sure to have some MP3s in MUSIC directory. You have to put your MP3s into the MUSIC folder on the root of the Memory Stick and your Albums into the covers directory in the Coverflow folder.

If there is no image for a MP3 the application will create one. 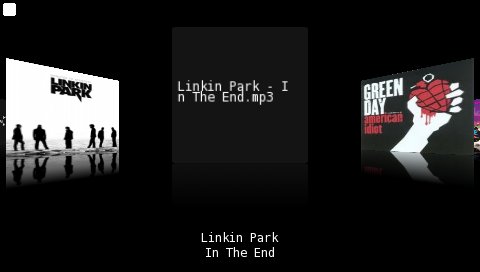 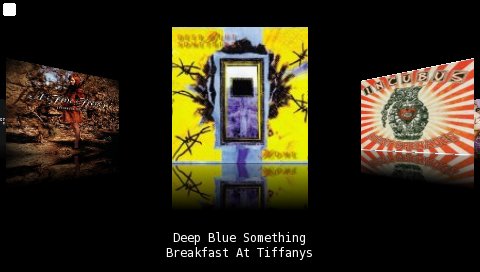 It works the best on the Slim PSP.

Known issues On Phat PSP the images "jump" when the application sets the CPU Speed. Unsure why the bug is not present on the Slim.

Thanks to FaT3oYCG for hosting the file.