Chaos DS is a port of Quirky's Chaos Advance, a turn-based battle to the death, involving elves, dragons, fire, lightning and the odd Gooey Blob. The last wizard standing is the winner.

The game was originally written for the Sinclair ZX Spectrum in 1984. It was created by Julian Gollop, who later went on to create the famous UFO/X-Com series.

You take the role of a wizard, and you have to kill up to 7 other wizards on a grid-based arena. Sounds simple enough. 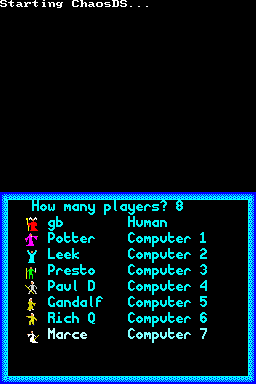 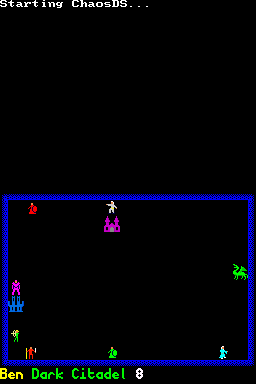 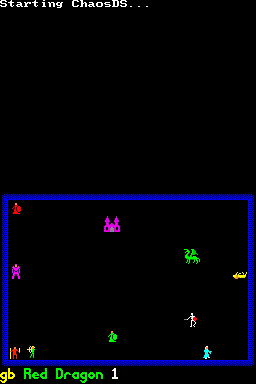 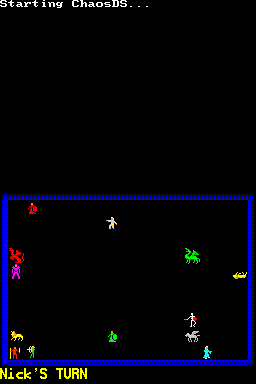 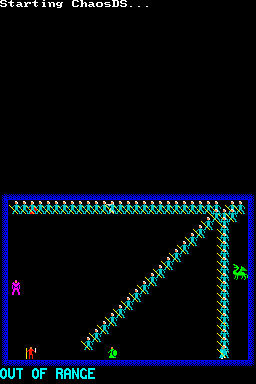 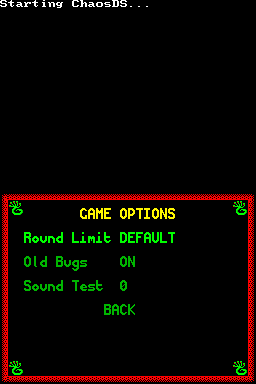 Tested with Dualis and on an actual DS. Only tried with an M3SD, supercard SD. Had to use START to run it from the M3 menu.

Creatures aren't highlighted at start of movement round.