Note: CSE2 is one of the open source reproduction of the Cave Story engine, except it is designed for accuracy and faithfulness to the original. Sadly, it was subject to a DMCA takedown.

The fast-paced gameplay of Cave Story revolves around Quote, a robot who wakes up suffering amnesia and who must explore and blast his way through cavernous areas in order to figure out his backstory and escape from the cave.

The character gains access to new areas as he powers up his weapons by collecting triangular experience crystals and solves various platforming puzzles.

Quote speaks to non-player characters scattered around the game world in order to learn more about the world and its inhabitants.

Config.dat and Profile.dat will be saved to the root of the SD card.

You can press Select during boot to see console output. 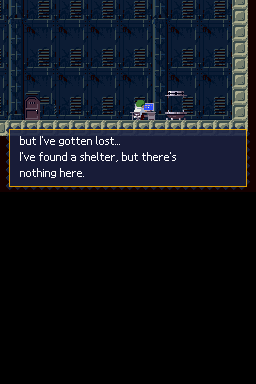 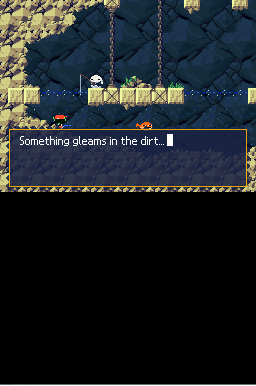 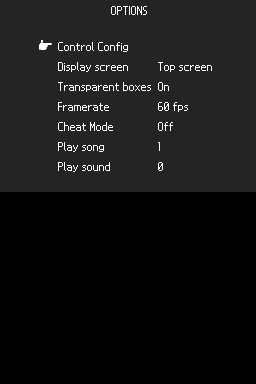 On 3DS or DSi you will need the DSi version to run.

If it fails to run, you can try launching it with nds-hb-menu 0.5.0 or TWiLight Menu++.

The game will rarely crash when closing the lid.

The game will slow down when hitting a missile or using the Spur in the Plantation and Sand Zone.

There may be a loud noise during stage transition.