C_O_M_R_E_D is an open source theme-able comic reader for the 3DS. The project is no longer in development and only a test theme is loaded from the SD Card.

Available in CIA and 3DSX formats.

Copy the /data/ folder and put it at the root of your SD Card. Your comics/mangas should go in /data/C_O_M_R_E_D/comics/. Setup is similar to Manga Reader:

To switch the 3DS Orientation you're in while reading, press the icon next to the Next Page Icon.

In the Default theme, this should look like a DS Icon.

Replace the images in /data/C_O_M_R_E_D/themes/test/ with your own.

Make sure the images are the right dimensions, and that they use the PNG format.

Buttons that are displayed at the main menu (53x30px):

The image displayed on the top screen when in the main menu and sub-menus (400x240px):

Buttons that perform their respective functions while reading (35x35px):

Font used in sub-menus, make sure it's in .ttf format:

Specifies the colors used in sub-menus, as well as other info:

theme.txt uses headers to denote the type of info being read. Below each header should contain the content to be used by the program. Here are the following headers used by C_O_M_R_E_D:

The names should be self-explanatory. The font colors are used in the sub-menus.

Here's an example of a valid theme.txt: 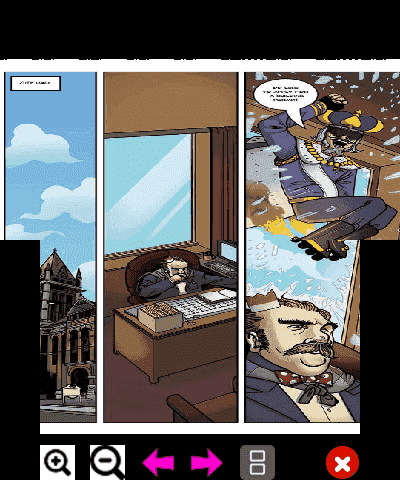 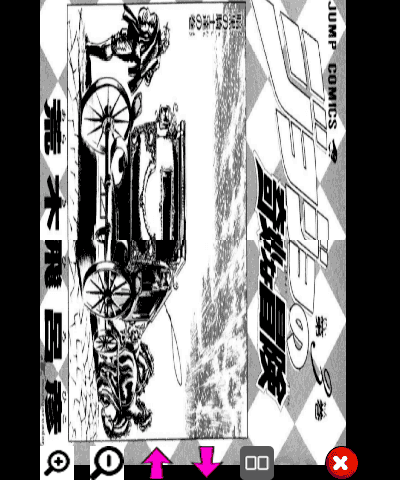 There's a slight bug with the page selection that will kick you out of the comic if you jump to the last page.

Due to the limitations of the 3DS, images larger than 1024x1024px will load up distorted. You can use Fotosizer to manually resize your images.

(CIA Release only) If you try to exit by closing the app from the Home Menu, the 3DS will freeze. This is probably due to the fact that the RSF is unoptimized.

Slight bug with zeroes. Make sure each page has exactly the same number of zeroes, disregarding the number of digits in front.

Everyone on the 3DS Hacking Discord for helping me with this project's development.