Atoms:DS is a homebrew puzzle game where you have to create chains reactions, eliminate your rival's atoms and convert them to yours. It is based on a game on Amiga with a few additional features including a multiplayer mode for up to 6 players.

The objective is to destroy all the other players' atoms.

Each player takes turn to place an atom.

This atom can either be placed on the an empty square or on top of one of the players existing atoms. Atoms will go critical and explode if the same number of atoms are placed on the square as there are surrounding squares (e.g. corners take 2, edges take 3 and centre take 4).

When an atom goes critical and explodes it will place new atoms horizontally and vertically around the square. Any atoms already in those squares will be increased in size and become the property of the player that started the explosion.

Chain reactions are the key part of the game.

Stylus - Used throughout the game 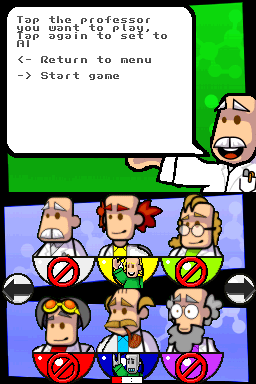 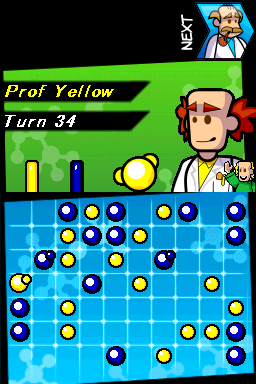 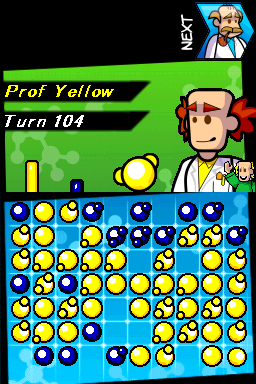 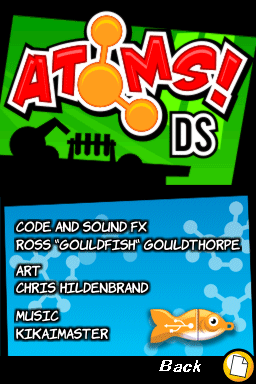