Asteroids DS (Portuguese) is a clone of the classic shooter game released by Atari in 1979. It keeps the gameplay original, with the difference that the console has two screens, which are used during the game. This homebrew was was programmed in C using PALib and all the new graphics are taken from the internet.

This version was made and presented at the first PUC games festival in 2009.

Take the role of a spaceship and you must destroy the asteroids to keep the ship safe. Whenever you shoot an asteroid, it divides into smaller pieces, which becomes smaller and smaller until all fragments are eliminated completely.

A highlight of this version of the game is that it uses both screens of the console, creating a larger stage. 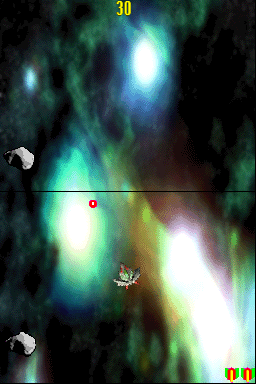 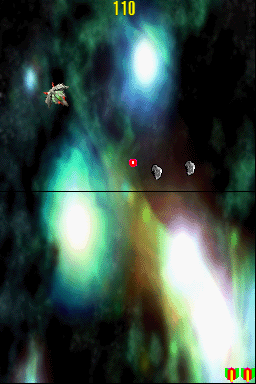 In some cases, soon after starting the game, there is a buffer overflow of the sprites and the game distorts the images and controls do not respond, then the game must be restarted completely.