AGS for PSP is a port of the Adventure Game Studio (AGS) runtime engine to the PlayStation Portable. Originally developed by Chris Jones, it is a game engine for point-and-click adventure game on PC.

This is a port of the runtime engine that allows you to play adventure games created using AGS, at the moment games made with AGS version 2.50 or higher and low resolution are supported.

Note: For midi playback you need GUS patches. Developer recommended using Richard Sanders's GUS patches. The file has to be renamed to patches.dat.

Unzip archive. Create a folder for ags and put all contents, as well as patches.dat in the ags folder.

Place the ags folder to the /PSP/GAME/ directory on your Memory Stick.

Copy the original game folder into the Eboot directory (see below for autostart feature).

How to load game

If you want to run a game, for instance, Demo Quest you put the original games files into the folder /PSP/GAME/ags/Demo Quest/.

The game will be displayed in the menu launcher and you can select the game to start.

If you only want to run/autostart a single game, put the data files directly into the folder with the Eboot and rename the main game executable to ac2game.dat. It will then autostart this game.

Note that if the game is created with an incompatible engine version, this will be indicated in the games list.

This runtime engine port is not compatible with all AGS games. The following restrictions apply.

Not playable on the PSP:

The configuration file is default.cfg and should be stored in the Eboot directory. You can customize behaviour of the runtime for a specific game by placing a psp.cfg file in the game folder. It will overwrite the setting from the global configuration file. 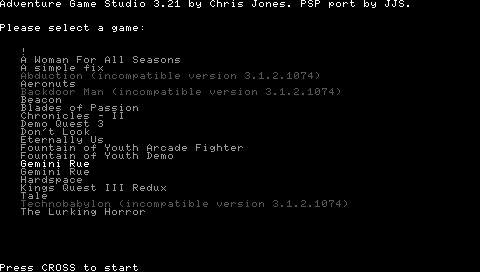 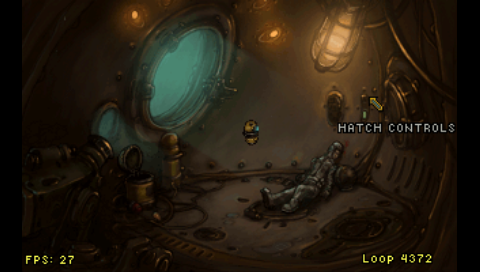 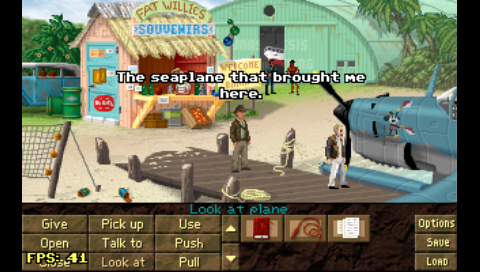 Restrictions on running certain games due to limitations of PSP (e.g. hight-res games). Also memory demanding games will run out of memory and crash.

While the emulator will seem to work on the PSP-1000, it is not recommended as it will crash with larger games. For the same reason, signing the Eboot is not useful as only the standard memory is available on official firmwares. It also requires kernel mode if run with the menu.

Gliches you may encounter while running games: