3DSident is a tool inspired by PSPident, which was originally developed by Jas0nuk and later updated by Yoti. The tool was used to obtain more information about your PSP's motherboard, firmware etc.

Similarly the 3DS version 3DSident aims to display more information about your 3DS. 3DSident is a fork of ctr_vercheck which was originally developed by Wolfvak, and was initially intended to be a small application only used to display FIRM info.​

3DSident comes with an original and GUI versions. Both are available in 3DSX and CIA formats.

Note: If you are using the 3DSX versions you need to enable Rosalina's SM/FS patches or else most of the information won't be displayed. 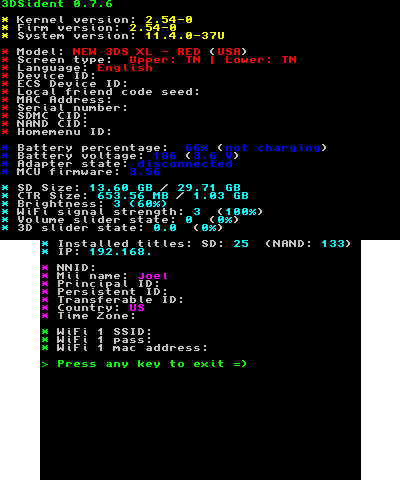 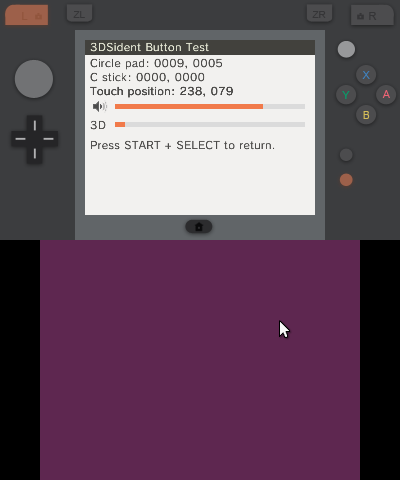