Snatcher Pilot DS is a port of a graphic adventure game by Konami and an early game of Hideo Kojima (Metal Gear Solid). This game is a demo (hence Pilot) and is based upon the PC-Engine Snatcher Pilot Disk, but uses the Sega CD version's assets.

Snatcher is set in the mid-21st century, fifty years after a biological weapon known as Lucifer-Alpha killed much of the world's population.

In Neo Kobe City, a metropolis on an artificial island in eastern Asia, humanoid robots dubbed Snatchers have been recently discovered killing humans, donning their skin as a disguise, and replacing them in society. The Neo Kobe government closes the city from the outside world and establishes JUNKER, a task force to hunt Snatchers.

The player takes on the role of Gillian Seed (Yusaku Yara/Jeff Lupetin), an amnesiac who can only remember that his past, along with that of his estranged wife Jamie (Kikuko Inoue/Susan Mele), is somehow related to Snatchers. He starts working at JUNKER in hopes that hunting Snatchers will bring his past to light.

Up/Down - Choose between the options

A - Select the actions 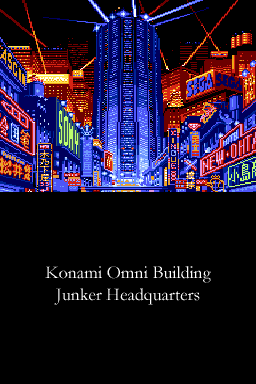 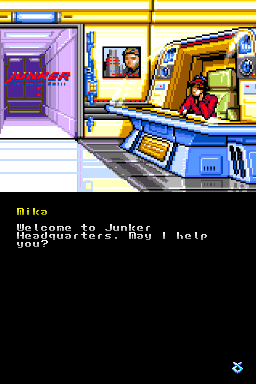 Once the game ends, you'll need to reload it (on/off) if you want to play it again.

Junker HQ - Thanks for the sound extraction tool.