Teenage Queen was a NDS port of a 32 cards game which was published in 1988 by ERE Informatique Atari ST, this game is also on the Amiga, Amstrad and PC. Originally programmed by Eric Doireau graphics and Jocelyn Valais.

It was ranked 5th in the programming contest NEO Coding Compo 2005.

You will be challenged to a 32-card game of strip poker (no cards lower than 7).

Each picture is displayed when computer makes a credit to the bank (pot lower than 0).

The whole game is by using Stylus through icons. 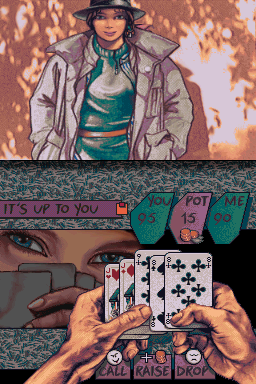 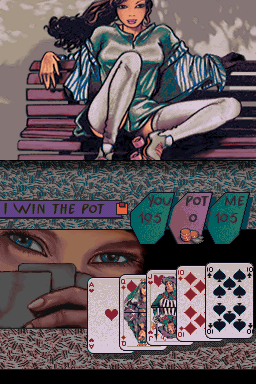 The graphics are mostly from the Amiga version, some sprites from Atari and Foxy.