This game supports, but does not require, the Taito Paddle Controller for Nintendo DS.

Put the .nds file and this .txt on your memory card. Some Nintendo DS card readers are able to display textfiles like a manual.

Try to rebounce the puck (the tiny object that goes back and forth between the longer ones) as often as you can.

The one who misses the puck 10 times loses. 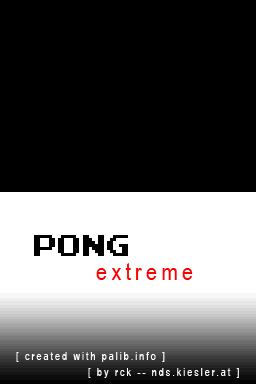 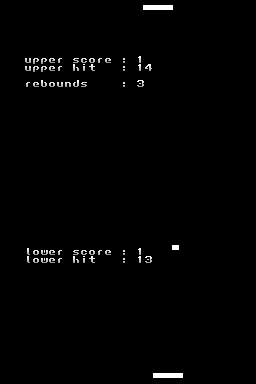 You needs a Nintendo DS system capable of playing homebrew ROMs. Cards that enable to do so include the R4, the Cyclo DS, the Supercard and the Acekard.

Even if you miss the ball on purpose, the CPU might still lose.

When switching screens (from gameplay to winning, pause, etc) the music does not continuous or overlaps.

This project would not be possible without palib.info ("PONG extreme" is based on PAlib) and its forum.

Also, the in-game sounds originate from "The Freesound Project" freesound.org) and are all licensed by-Attribution via the Creative Commons license.

The in-game music was created with the Skale tracker, which is based on Fast Tracker 3. Other loops taken from: