Noob Mini Games is a straight forward Spot the Differences game for the NDS. All graphics and photos used are done by tiancai.

This homebrew is an entry of the NEO Spring Coding Compo 2008.

The objective is to find the 5 differences between the upper and lower screen.

Two pictures apparently identical picutres will be shown in two screens. Look closely to search for the differences, then mark it with the Stylus.

Start with 80 seconds but every fail attempt subtracts 5.

There is a ranking that saves your best score. 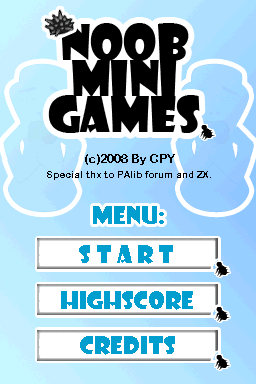 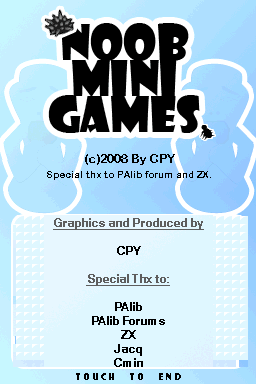 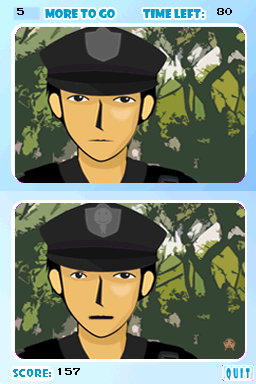 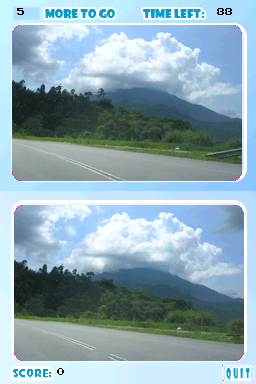