Guns Armors, also named as Cañones Corazas, is an action shooter homebrew for PSP. The homebrew is in Spanish and written by pipagerardo.

You're on a battlefield fighting it out with other battle tanks.

The objective, of course, is to survive the onslaught within the set time, because you can have up to five opponent tanks attacking you.

But that's not the only exciting this about this game. You can actually play with a friend using the PSP's AdHoc connection.

Of course, you get better too as you go along, having the capability to upgrade not only weapons and speed of your tank, but also the damage your tank can inflict on your opponents. 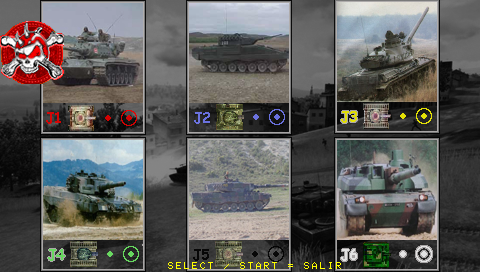