DS Visual Novel Reader is a Nintendo DS application used for playing gamebooks formatted with sound and pictures. It is designed to play visual novels created in .scr format.

Any save prior to version 1.3.1 needs to be ran though the sav2xml.py utility in the /tools/ folder (requires Python to run).

Also make sure the path is correct. If you run it and you get stuck at a white screen, launch it with an alternative launcher, such as DSOrganize or DSChannels. 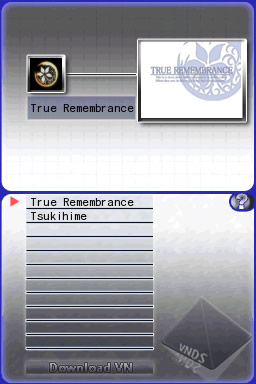 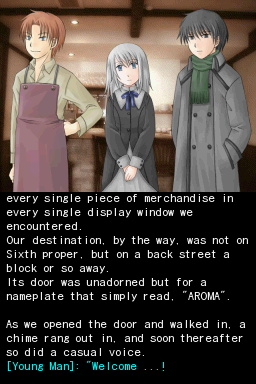