Difference between revisions of "WTN"

WTN is a homebrew platform game for the NDS. It contains 7 levels.

The hero, named Cube (because it was originally a cube), can absorb certain objects, to use them later, such as a key for example.

The objective is to control Cube and go from one place to another. Destroy enemies along the way by jumping on them, collect keys and use them to unlock doors (immobile red square).

Down - Fall off a stable platform

B - Absorb objects (key for now) 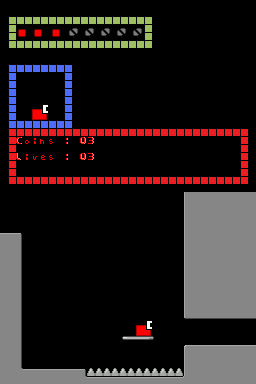 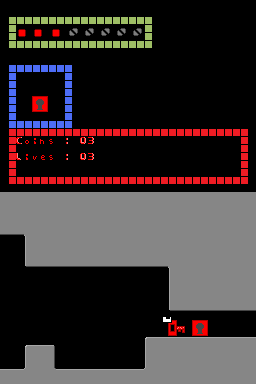 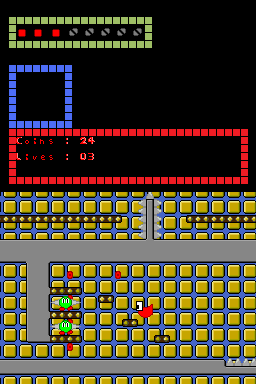 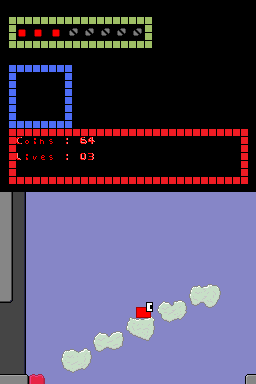 All the folks on the Player Advance forum who helped.

Code, graphics and sound by Delca.