Umokay 64DS 4: The IceFire War is a romhack of Super Mario 64 DS based on a discord emote called umokay and its many variations.

It is the fourth installment of the umonkayds series, a series of minihacks each containing several levels to explore and a custom final boss to offer. Each installment's story is a follow up to the previous.

The patch is in xDelta format. You can apply the patch with either xdelta UI, Delta Patcher or MultiPatch.

The ice and fire lord, two powerful entities, have gotten into a wild war with each other, causing half of the world to get frozen and the other half to get heated.

Explore already visited lands from umokayds 1 and 2, gather stars and fight the ice and fire lord to bring peace back to the umokay world. 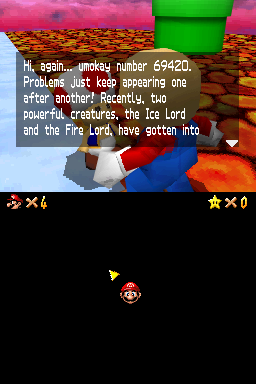 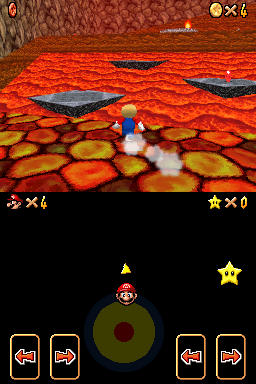 Massive thanks to the following people (for either testing, helping out with issues, providing assets, etc...):