Difference between revisions of "MorseDS"

MorseDS is a Morse code translator for the NDS. This code, no longer in use today, has been for decades the fastest and most effective communication between points far away from the planet, using telegraphs for transmition.

It was submitted to the NEO Summer Coding Compo 2009, ranked 5th under APP section.

It contains some exercises for learning Morse code, or you can simply use it as a Morse code translator. 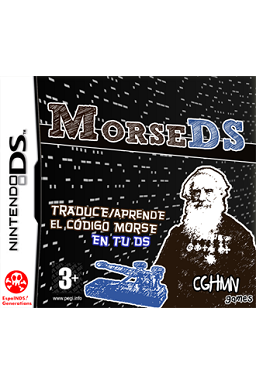 Stylus - Press to write dots or stripes, Move between menus